Showing posts from May, 2014
Show all

Bookplate for a Hooper Hooper 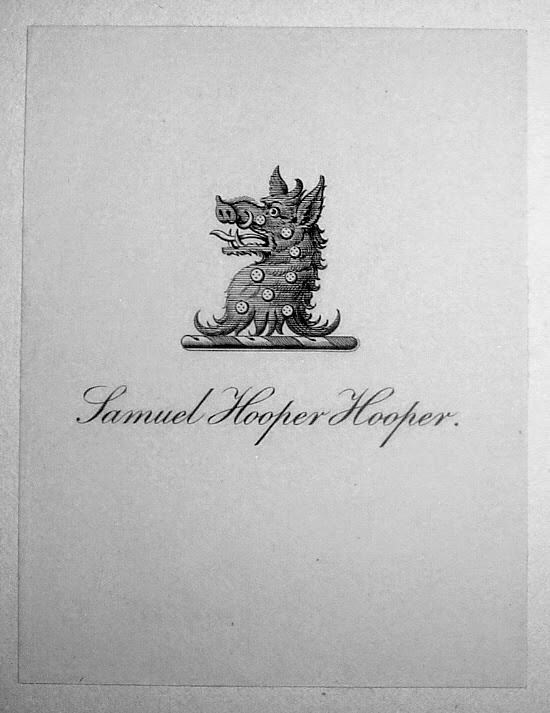 Here is a bookplate with an unusual pairing of the same middle and last names: Samuel Hooper Hooper. The bookplate features a boar's head, which can be found in other family crest or armorial designs. But I'm not sure what the button-like objects are or represent. Samuel Hooper Hooper showed up quickly in an Internet search that landed on a BOSarchitecture.com page featuring a building Hooper once lived in. The site also offers some biographical information on Hooper: "Samuel Hooper Hooper was a real estate investor and investment banker. In later years, he became a wine importer. He organized and led the Boston Assembly society balls for many years, and was a founder and the first president of the Tennis and Raquet Club." His biblio connection? He was a member of "one of the oldest and most distinguished independent libraries and cultural institutions in the United States:"  The Boston Athenaeum .
2 comments
Read more
More posts