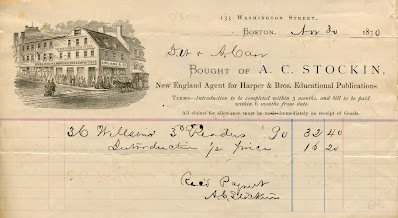 An 1870 billhead for A.C. Stockin, New England agent for Harper & Bros. Educational Publications, would be a rather unremarkable document of Boston business history were it not for the woodcut in the upper-left corner. In addition to dressing up the old paper receipt, that illustration provides a window into Boston's rich publishing and bookselling history as well as an introduction to the artist who created the woodcut--S.S. Kilburn. 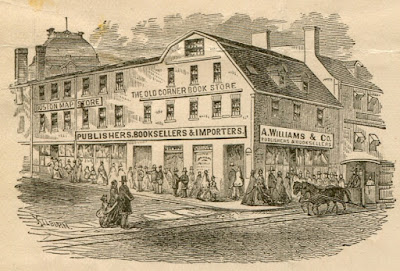 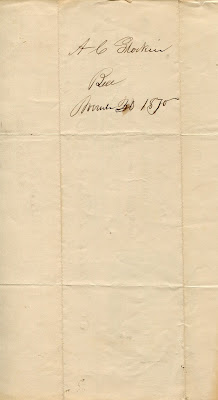 The engraving reveals an active corner of publishing and selling books. In addition to the Old Corner Book Store, there is Boston Map Store and A. Williams & Co., Publishers and Booksellers. Noticeably missing, though, is signage for A.C. Stockin, whose billhead hosts Kilburn's woodcut. Kilburn's choice of engraving subject seems odd in light of the fact that his client's place of business is not pictorially represented on their business correspondence paper. However, A.C. Stockin was just up the street a few blocks from the Old Corner Book Store at 135 Washington Street. Still a curious choice of imagery, the reason for which may never come to light.

Also nearby was Kilburn's office at 96 Washington Street. Samuel Smith Kilburn (1831-1903) was a 19th-century artist and wood engraver of some note in Boston. Originally from Boston, he traveled around the country before the Civil War and his sketches appeared in various publications and periodicals such as Gleason's Pictorial Magazine and Ballou's Pictorial He returned to Boston and continued his work there. He died in Newton, Massachusetts in 1903.

Collected examples of his work are found today in the Boston Athenaeum and Museum of Fine Arts Boston. And with at least one blogger. 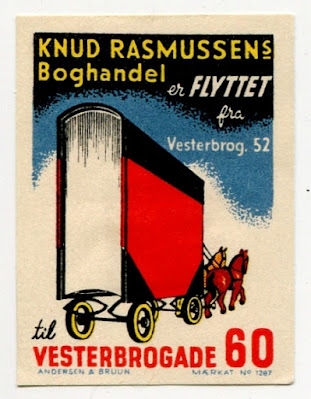