December 25, 2008
This entry was crossposted from Archaeolibris because of the interesting ephemera I came across during the research--a library label from a unique library that lent autographed copies of books to its patrons. 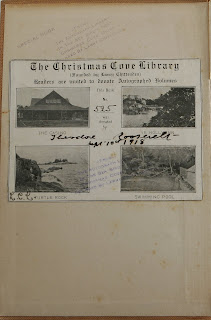 What do Maud H. Chapin and Theodore Roosevelt have in common? They were both authors, autographed one of their books, and donated their signed copies to a little library in Christmas Cove, Maine.

On Christmas Day today, it seems doubly appropriate to revisit The Cowboy Christmas Ball and follow the journey of its author, Larry Chittenden, all the way from Anson, Texas to Christmas Cove, Maine, where he started a very unique library.

The Poet Ranchman of Texas, as Chittenden was known, had a second home far from the panhandle plains of Texas. This unlikely place was Christmas Cove, Maine, where the Texas rancher, seemingly out of place on the Maine coast, was right at home with his library concept.

He got authors to autograph their books and donate them to his little library. The town folk could then check these books out, read them, and return them. Sometimes they might keep them all winter while the library was closed and return them in the spring.

Word got around about this “autograph library” and its donated signed books. It attracted the attention of more and more authors, some vacationing nearby, who liked the idea and thought it worthy of a donation. One of these authors was Theodore Roosevelt. He may have been the most famous. Can you imagine going to your local library and checking out a book out that was signed by a President?

After Chittenden’s death, the books in the library eventually scattered hither and yon. Roosevelt’s book recently wound up at an auction house in Dallas and sold for $1,434. I found these pictures on Heritage Auction Galleries’ site. 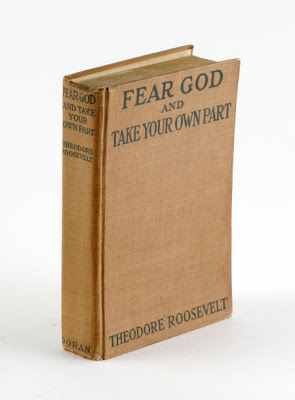 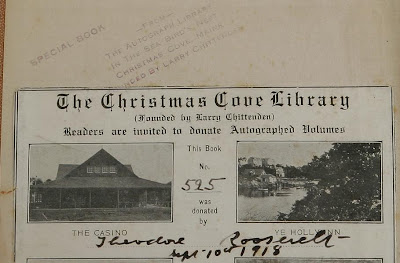 I was able to find and purchase one of the library’s books earlier this year, but it did not have the library label pasted inside the front cover, which would have become one of my bibliophemera collection’s more interesting pieces. Nor was its signature that of a well-known author. My book is Rush Light: Stories, by Maud H. Chapin. 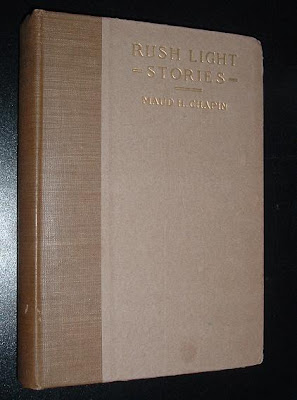 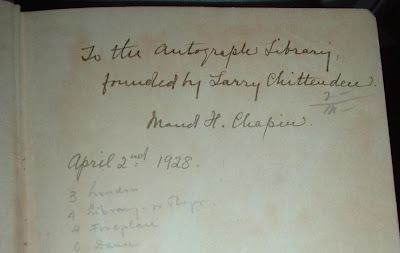 Different from the Roosevelt book are the stamps used to identify the Chittenden library. The front endpaper stamp identifies the library's location as The Autograph Library in the Sea Bird's Nest, Christmas Cove, Maine. 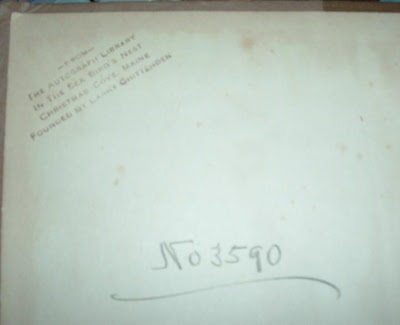 And the rear endpaper sports a different stamp from the front endpaper, inviting readers (in addition to authors, it would seem) to donate signed copies of their books: 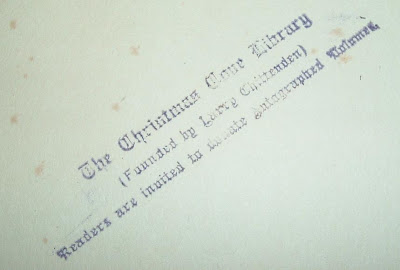 Finding one of these books with the Chittenden library markings and author signature makes a nice souvenir of a very benevolent concept that epitomized the spirit of giving in a place with a name that is synonymous with giving. 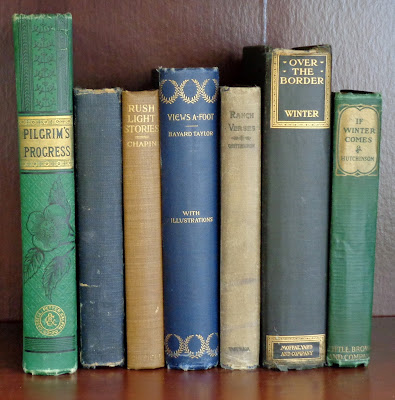 I hadn't thought of pursuing a collection, but a reader of this blog, Richard McLeod, a book sleuth with a good eye, found a book in 2011 from the original library and was kind enough to send it to me after finding this post while researching the bookplate inside the front cover. That spark of generosity got things rolling. Now I had two--the beginnings of a collection. About one a year has turned up in various online markets since. Hopefully, more turn up at a faster clip and I can really build a worthy collection of Larry Chittenden's old library books.