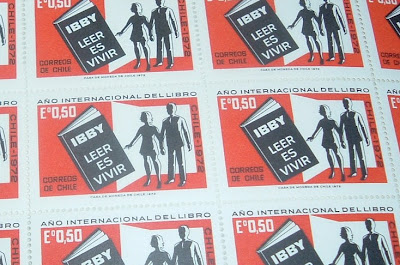 My grandmother would be proud. I'm collecting stamps again. She tried to instill her love of philately in me when I was a kid and it worked for awhile. But competition with baseball, football, and other 12-year-old pursuits gradually eradicated the desire to collect and organize stamps into albums. I really had no focus either, except that I liked First Day Covers and plate blocks. Flash forward 40 years and I'm on the prowl for book-related philately. And the FDCs and plate blocks are getting my attention, as well as a growing list of other items. 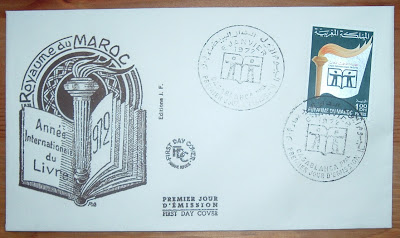 I've been wanting to post something about bibliophilately, a term I found while researching book-related postal history. It would be inaccurate to call topical stamps bibliophemera, but the relationship between bibliophilately and bibliophemera is close enough in my judgment to warrant a mention on this blog. And for now, postal history is a subset of my ephemera collection. As the collection grows, I'm sure I will separate it from the ephemera and let the collection stand on its own, as it should.

I don't have enough (stamps or knowledge) that I can comment in-depth on the topic, but others do and I look forward to learning from them.

Bibliofilatelia is an informative site, started by Mr. Jerzy Duda and Mr. Krzysztof Kochański, that offers a detailed definition of bibliophilately:

Usage of stamps and other philately - related items whose content is book-related - in the broadest sense - in order to create a topical philately collection, which covers the history of books, institutions and people who are famous for developing them; it also represents books educational inspirations and their role in the fight against illiteracy and in the propagation of education at schools, as well as knowledge at colleges and universities.

This topical collection is further defined by 13 subtopics, so any previous perceptions I had about this being a narrowly focused area of collecting have turned out to be misperceptions. I might take a cue from Ben Kaden at Bibliophilately and focus on a subset of the subtopics. He collects and blogs about library-related bibliophilately. Larry T. Nix also focuses on libraries and has created The Library History Buff Site to promote his passion for the appreciation, enjoyment, and preservation of library history.

As I alluded to earlier, philatelic items belong to philately, not ephemera, so bibliophilately is not really a kind of bibliophemera. They are standalone collecting disciplines, the children of different parents. But I think they are close cousins.

Now, to get a bibliophemera spin on this post, I learned that bibliophilately is symbolized by a cresset, and a cresset is a burning oil lamp. And the burning oil lamp is an international symbol of the fight against illiteracy. I didn't know any of that. But I did remember that I had an old bookseller's ad cover with the oil lamp logo. So I went fishing through my "archives" and found it. In the cover below, the cresset sits atop a stack of books. 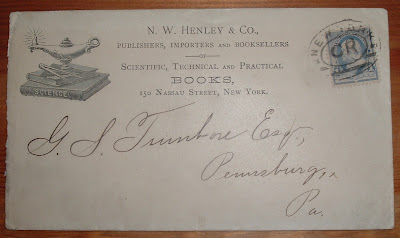 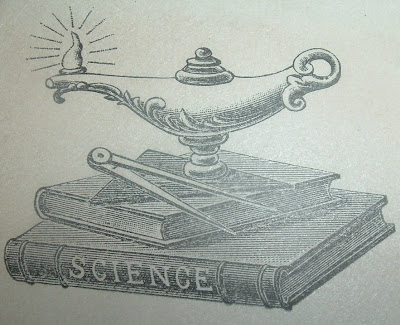 I assume the bookseller knew that symbolism behind this and maybe saw himself as an ambassador for eradicating scientific and technical illiteracy. With literacy, or lack of, becoming a crisis in this country (US), we should have more cressets. A cresset in every classroom.

I'll sign off with an example of bibliophilately that features a cresset. This Argentina postal card and stamp both commemorate the first book fair in that country. And a cresset lights the literate way. 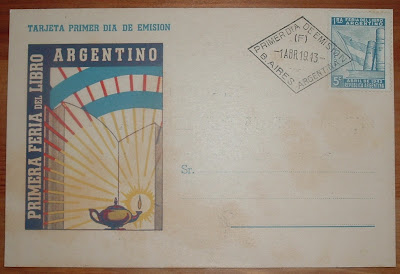