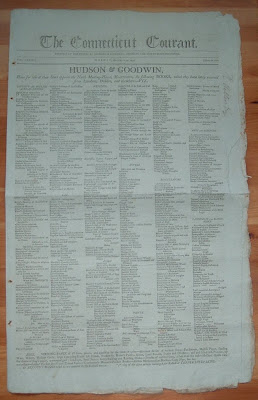 In the early days of the United States, one of the most prominent booksellers in the state of Connecticut had to be Hudson & Goodwin of Hartford.

The edition I have here was published Monday, December 9, 1799 and displays a full-page list of new stock:

Hudson & Goodwin, Have for sale at their Store opposite the North Meeting-House, Hartford, the following BOOKS, which they have lately received from London, Dublin, and elsewhere--VIZ.

There must be several hundred books listed by the following subjects: Divinity and Ecclesiastical History; Law; Medicine; Biography, History, Voyages and Travels; Novels Poetry, Arts and Sciences; Languages and School Books; and Miscellanies. 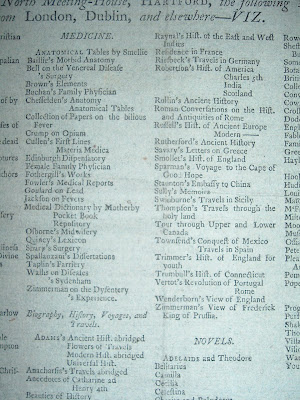 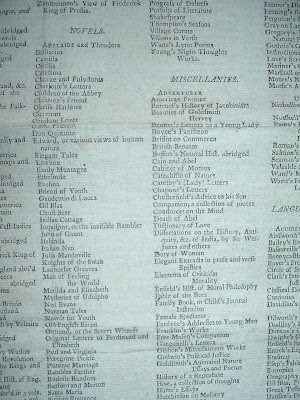 Taking a back seat, or second page, to the front page news about a bunch of new books is none other than President John Adams and a speech he gave to Congress. Also something about Napoleon retreating from Syria, according to letters from Sir Sidney Smith to Lord Nelson. 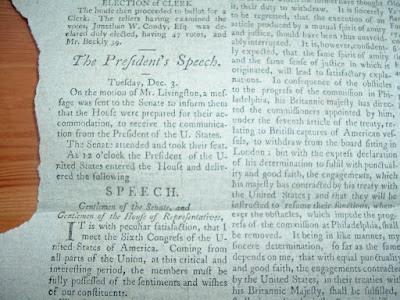 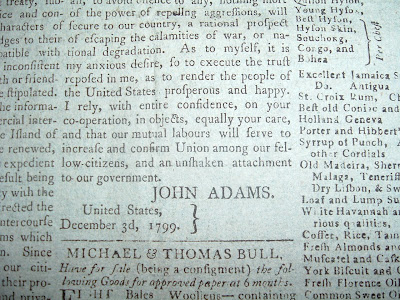 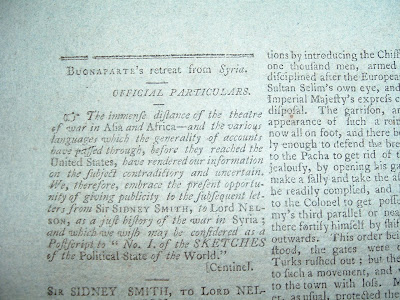 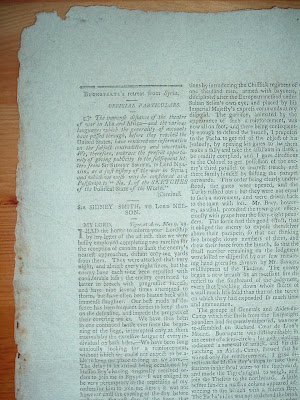 Napoleon's retreat was reported on page 4. But on this day, books took center stage, page 1. I'm sure that wasn't the first nor the last time that would happen either. When Hudson & Goodwin had a bunch of books fresh off the boat to sell, well, they owned the local newspaper so why not get the word out. Those other newsmakers would still be around the next day.