January 25, 2010
With all the horrible news coming out of Haiti recently because of the devastating earthquake, I remembered a bit of history I learned about the country via the bookplate below. I wrote about it on another blog more than three years ago and it seemed timely to revisit it now and rework it for this blog. 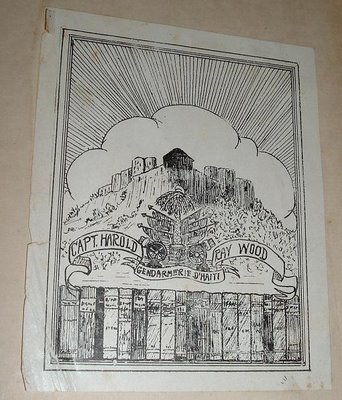 This is one of the more interesting bookplates I've come across in recent years. It depicts Haiti's first military force, the Gendarmerie d'Haiti, which was established in 1915 during U.S. occupation and commanded and supported by U.S. Marines.

Quite likely, the previous owner of the book had been a U.S. Marine in the Gendarmerie d'Haiti during that time. I found the book at a Houston Public Library sale several years ago and, though it looks battle-worn, I bought it for the author's inscription inside and because of my interest in the subject. The book is American Ballads & Folks Songs, by John A. Lomax and Alan Lomax (Macmillan, 1934), first edition, inscribed by John Lomax. So you see, the book with the Lomax signature justified the purchase. The bookplate topped it off. 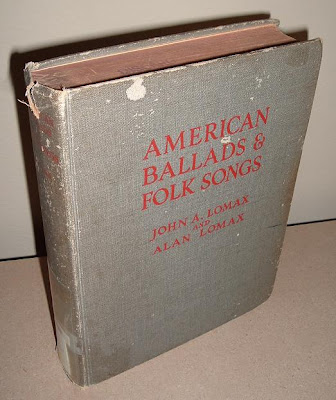 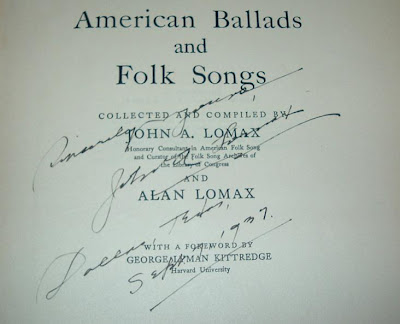 The bookplate design has several features. There is a fort on a hill with an ominous looking cloud behind it. Behind the cloud is a depiction that could be interpreted as brilliant rays of sunshine. Below the fort is a palm tree flanked by flags and cannons (Gendarmerie d'Haiti insignia). A banner runs beneath the palm tree and is inscribed with "Capt. Harold" and "Ray Wood" on opposite ends. In the middle of the banner are the words, "Gendarmerie d'Haiti." At the base of the bookplate, a solid row of books seem to act as a bulkhead against the sloping terrain below the fort. 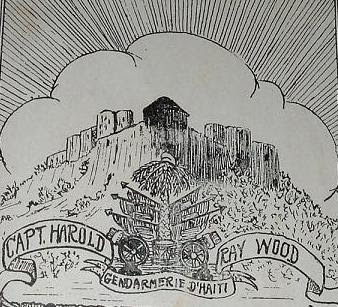 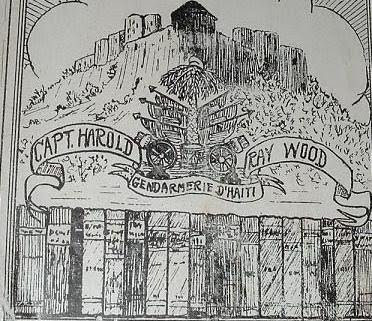 So what about Capt. Harold and Ray Wood? I just can't seem to get a handle on Capt. Harold, but I suspect he was Ray Wood's commander. Finding information on Ray Wood was easier, thanks to the Houston Metropolitan Research Center, Houston Public Library's Web page for The Ray Wood Collection. Turns out that Ray Wood (1889-1964) was a writer for the Houston Chronicle, specializing in folklore, an interest that led to writing two books: Mother Goose in the Ozarks and Mother Goose in Texas. Now I can make a connection to his interest in Lomax's work.

Wood, or his family after his death, donated his papers to the Houston Public Library, where the 20 linear feet of materials comprise 32 document boxes. In the summary of his inventory, I noticed correspondence and other papers regarding his having received the Distinguished Service Medal, Haiti. I'll bet somewhere in those papers is a reference to Capt. Harold.

As for Raywood, Texas, there is nothing in the inventory summary that indicates Wood lived there, but a map of Raywood is among the donated papers (Box 8, Folder 3). Perhaps he was intrigued with the notion of a small Texas town sharing his name. I don't know for sure, but I'm intrigued enough that I think a trip to the Houston Public Library is in my future.

Some writing on the front free endpaper, opposite the bookplate, might yield a clue about Ray Wood. 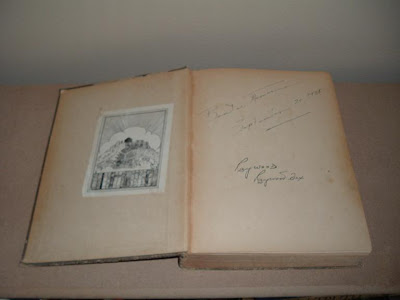 His name is written there, followed by Raywood, Tex. Raywood, Texas is situated along the old Beaumont Highway east of Houston. According to TexasEscapes.com, it was named for Raymond Harwood, proprietor of the local rice mill in the late 1800s. If Ray Wood didn't live there, I wonder why he would write the town name in his book beneath his name? Perhaps he did live there, or liked to claim he was from there, as a joke. I really need to get down to the library and dig through the Ray Wood Collection to answer a few questions.

About the Gendarmerie d'Haiti there is much, and much is not favorable toward the American presence.

Robert Seligmann, in a July 10, 1920 article for The Nation, offers an interesting, albeit none-too-flattering, view of the American occupation in Haiti from 1915-1934 and describes the Gendarmerie d'Haiti thus:

Another creation of the Americans in Haiti, although it is now improved in personnel and leadership, fanned the flames of hatred and violence which swept the island. I refer to the Gendarmerie d'Haiti. This is a military force of black men, officered with one or two exceptions by corporals and sergeants of the Marine Corps promoted to lieutenancies and captaincies over Haitians. Many of the white men were ignorant and brutal. Some of the Haitians enlisted in the gendarmerie were notorious bad men. Several of them have been shot for murder and extortion among their own people.

But researching the Gendarmerie d'Haiti also led me to the biography of U.S. Marine Major General Smedley D. Butler, a larger-than-life hero, and then the biography of the most decorated U.S. Marine in history: Chesty Puller. There is interesting history all around this topic and one final site of historical interest reveals some photographs from Haiti during the American occupation of 1915-1934. Some pretty remarkable images.

And its pretty remarkable what an old bookplate might reveal, hiding inside the tattered covers of an old book.