As the Civil War (American) was coming to a close, a Philadelphia publisher of "Practical and Scientific Books," Henry Carey Baird, sent a letter to a soldier serving on the U.S.S. Gertrude in the Western Gulf of Mexico. 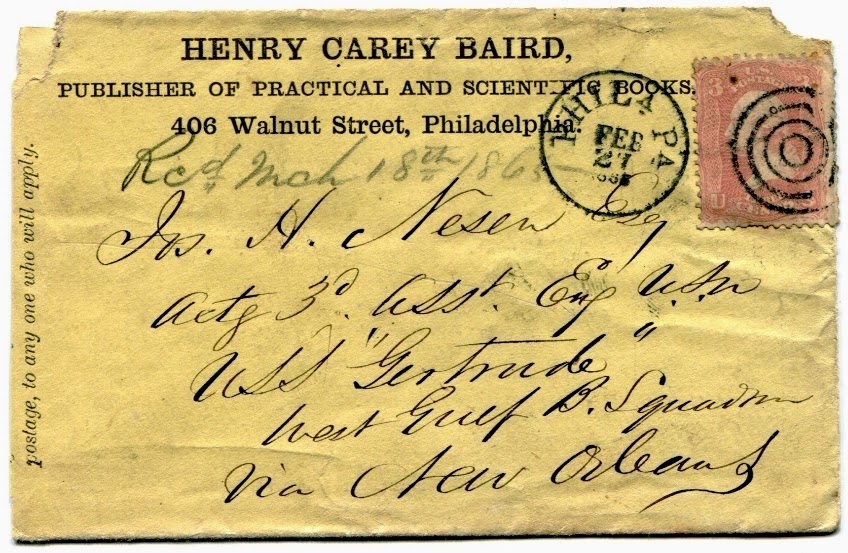 U.S Army General Winfield Scott devised the Anaconda Plan, so called because the intent was to "choke off" the Southern ports from supplies and goods with a naval blockade and end the war quickly and with as little bloodshed as possible. 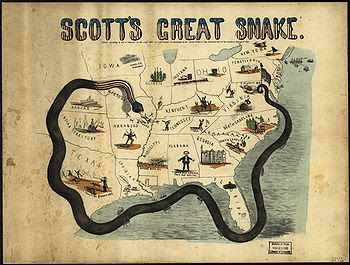 The U.S.S. Gertrude was originally a Confederate blockade runner, a ship used to try to break through the blockade and get to port with supplies. She was captured in 1863 and converted into a Union blockade ship. After capturing a few blockade runners of her own, she was assigned to the Western Gulf Blockade Squadron, which is identified on the publisher's cover as Western Gulf B. Squadron.

One of the officers on board the U.S.S. Gertrude was Acting Third Assistant Joseph H. Nesen, the recipient of this letter. And in this marvelous Internet age we live, a few keywords and a click later on a search engine and I have images of Mr. Nesen in one photo, copied from an ebay auction it would appear by the logo in the lower right corner of the photo. 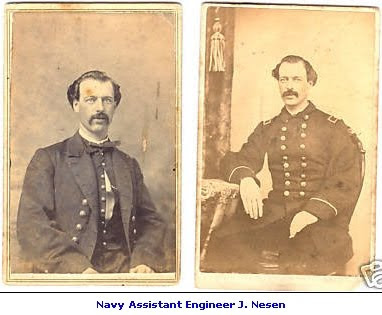 By the time Nesen had received the letter from publisher Baird, in March of 1865, the U.S.S. Gertrude had been assigned to blockade the Texas coast and had spent much of the previous year off Galveston.

The letter found its way through the South to New Orleans and from there it appears to have gone directly to the U.S.S. Gertrude. Delivery time was one month. It's interesting to ponder the route it took to get there. Mail delivery into enemy territory couldn't have been easy, as noted in this essay on the subject. 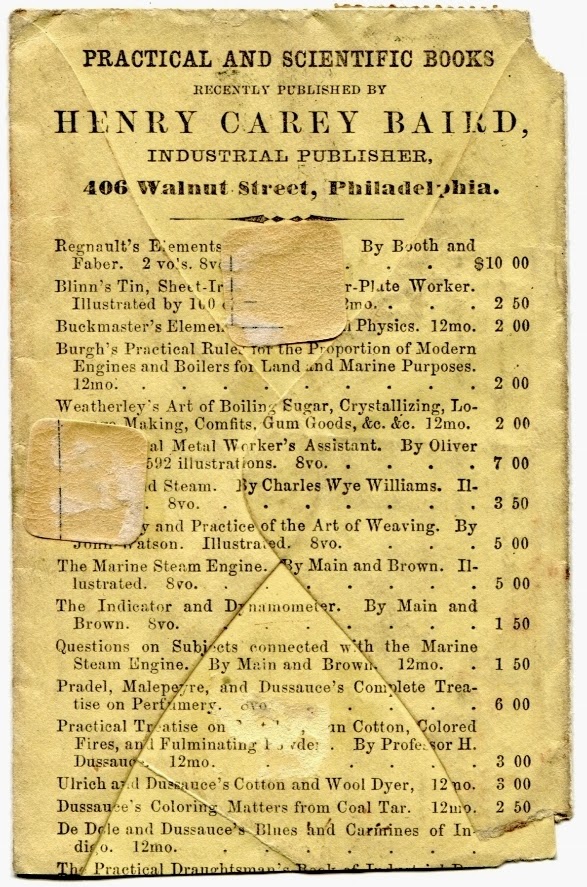 It would have been nice to see the correspondence still with the cover, but I'm grateful just to have this interesting cover.

I do wonder, though, if Baird's correspondence confirmed a book order for Nesen. If so, what book or books?

Baird published scientific books, so was Nesen interested in a book about ship operations? Engineering of some sort?

Baird used the backside of the company's envelope to list the kinds of books they published and sold. Here, the company is referred to as "Industrial Publisher."

Several titles about marine steam engines and boilers jump out at me as strong candidates for books Nesen may have been interested in. And this site about naval history helps confirm it by listing Nesen as one of the engineers on the ship.

The correspondence itself is lost forever, unless it resides in a family archive somewhere or with a private collector. Still, it's fascinating to me that with a little window of information from the sender--an address, some business advertising--such a large amount of history comes rushing in.