March 04, 2010
The old label you sometimes find pasted inside the cover of an antiquarian book is not always an ex libris, at least not the typical ownership bookplate we've become accustomed to. 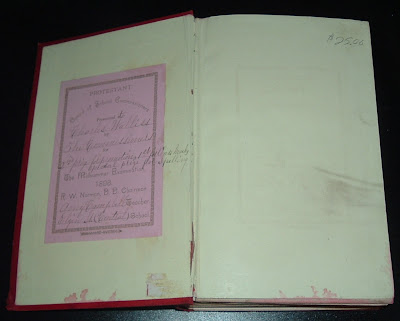 This label was printed in 1896 and affixed to the following book for an award presentation to an accomplished young man in grade school. 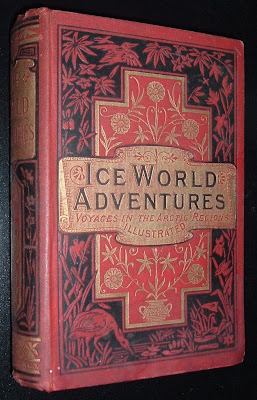 Ice-World Adventures, Or, Voyages and Travels in the Arctic Regions: From the Discovery of Iceland to the English Expedition of 1875 was published by Ward, Lock, and Co. in London, circa 1876, but I'll bet even this second-hand book of some twenty years, with its ornate decorations and many engravings of Arctic adventure, was still an eye-popping prize for the young man. It would have been for me (as it was when I found it some years ago at the "young" age of 40, about 350 miles across the border in a New Hampshire village book shop). 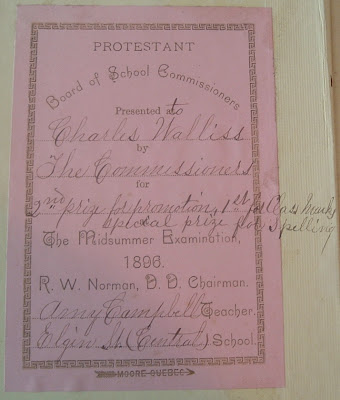 Charles Walliss attended the Elgin Street (Central) School in Ottawa, Ontario in the 1890s. He appears to have been awarded this book for not one, but three accomplishments: 2nd prize for promotion (whatever that was), 1st prize for class marks, and a special prize for spelling. The accomplishments were so many that the writing went off the bookplate and on the book's front endpaper!

Some items of interest to note on the label: Young Charles achieved these honors at the Midsummer Examination in 1896. Sounds like the school year went through the summer. I wonder if the schedule was altered because of harsh winters, when attendance would have been difficult? Also, the promotion prize doesn't sound like promotion to the next grade level. How does one come in second for being promoted? You're either promoted or you're not, right? So I'm not sure what the promotion was. And last, the designer/printer of the bookplate appears to be Moore of Quebec. Without launching a research project into the printing trades of Quebec during the time, I just found it curious that a local Ottawa business didn't provide the bookplate. Surely, a city of Ottawa's size in 1896 had a few printer's to choose from.

The Protestant Board of School Commissioners, chaired by R.W. Norman, D.D., awarded the book to Charles. The award presentation plate was signed by his teacher, Amy Campbell.

The Canadian city and province are not mentioned on the award plate, but that information wasn't hard to track down. The school still exists, albeit in a "second edition." The school, which was built in 1890, was razed in 1953, and rebuilt on the same location. From the Library and Archives Canada page, here is what it looked like in 1890... 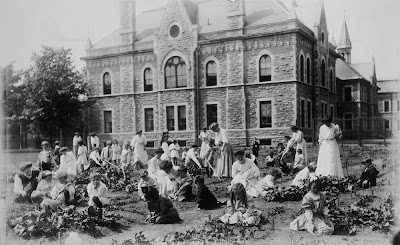 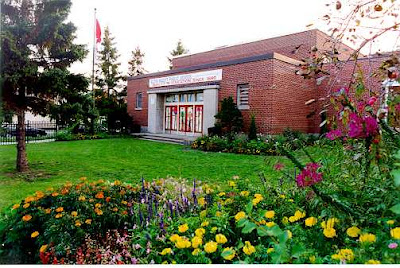 From the school's Web site: www.elginstps.ocdsb.ca

Research Note: For anyone interested in Ottawa's architectural and design history, the URBSite blog is an excellent site with many historical photos. There is an Elgin Street post on the blog that has another image of the Elgin Street School, circa 1900