A Colossal Collection of Circus Books A Mighty Multitude of Matchless Marvels... A Prodigious Parade of Printed Paragraphs... Truly a Stupendous Aggregation of Topnotch Titles...

I have to hand it to Gunroom Booksellers of North Castine, Maine, whose advertising ephemera evokes an era of entertainment extravaganza elocution. Their large, double-sided broadside successfully captures the spirit of the circus days of yore with a worthy string of superlatives that would make an old carny barker proud.

This is one of the larger pieces of ephemera for a bookseller I have in my collection. It's size, more than two feet in length, fits the Big Top style of the subject matter, which is books about the the history of circus and circus-style shows.

I was reminded of this piece by a recent blog post at Sarah's Books Used and Rare, which explored the architectural details of Castine, Maine. Were Gunroom Booksellers still in business, perhaps the lure of old books a few miles to the north would have gotten some coverage in Sarah's post as well.

This broadside dates to the 1940s-1950s, best guess by listed prices and other ads by the bookseller found on the Internet (same era). I make the assumption that the book shop is no longer in business, at least by the name Gunroom, simply because they do not show up anywhere in present-day when searching for their history.

When you look at an old Billboard magazine from the 1940s, you'll find tons of circus ads for coming attractions, equipment, performers, and even books from Gunroom. Both Wanted and For Sale abound. Circuses and fairs were an extremely far-reaching form of traveling entertainment and frequently entertained in small towns and popular vacation coastal communities, such as those that dot the Maine coastline. So a book shop dedicated to Circusiana could be just about anywhere and draw interest. Even in North Castine, Maine, indicated by the "A" in the Google map below. 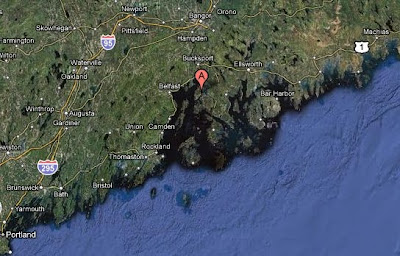 Here's the rest of the front side of Gunroom's advertisement, in a couple of images necessitated by the size. By the way, the name Gunroom doesn't exactly lend itself to a book shop specializing in circus entertainment, does it? Firearms, yes, but not the circus. 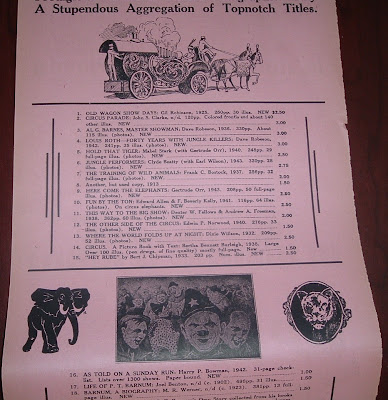 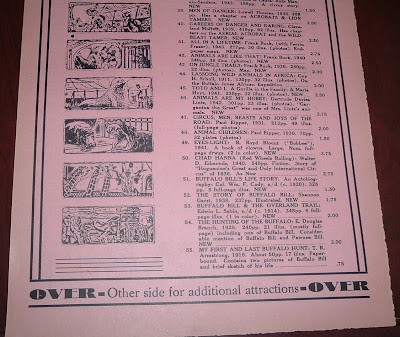 This broadside has a backside, which would preclude its display against a flat surface. You've got to be able to see that backside, too--that's where the bookseller is identified. To that end, I recently found another copy of Gunroom's broadside since first obtaining this one. I may want to frame this piece and would want to see both sides, without taking it off the wall.

More Matchless Marvels kick off the backside and segue seamlessly into Zoological Wonders, Equestrian, and the Wild West, which gets a bit off the circus route. But it all feels related in this unusual and interesting bookseller's print ad. 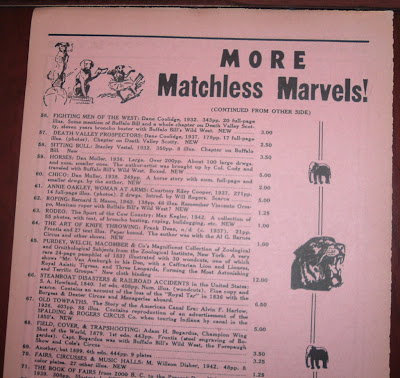 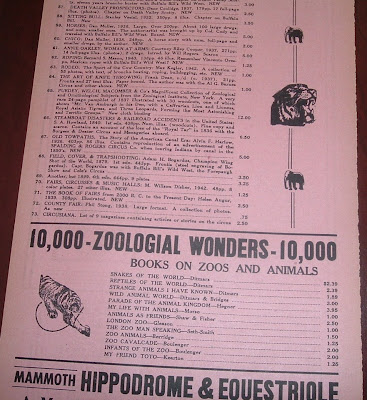 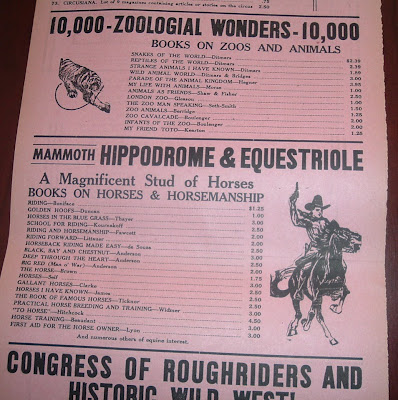 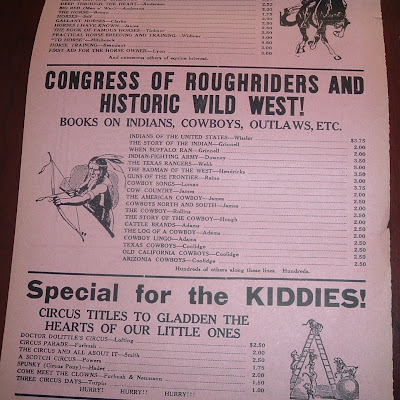 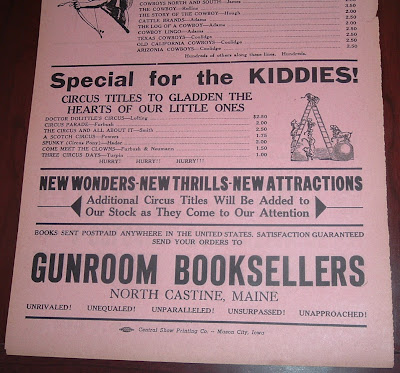 As the ad began in alliterative fashion, so, too, does it end:

Unrivaled! Unequaled!
Unparalleled! Unsurpassed! Unapproached!
That may have also summed up the feelings of a circus buff's visit to Gunroom Booksellers.