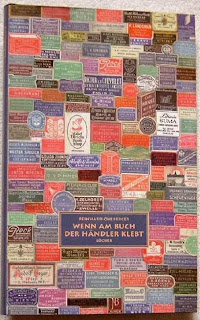 As the old saying goes, big things come in small packages. The converse of that idiom might have something to do with small things comprising something much larger. That is something Reinhard Öhlberger knows well.

Reinhard Öhlberger, of Vienna, Austria (Wien, Österreich), has what arguably is the largest collection of its kind. He collects bookseller labels--those small stamp-like pieces of paper booksellers used to paste onto the front or rear endpapers of a book to advertise their business.

Mr. Öhlberger has, at last count, a little more than 24,000 of these labels (twenty-four thousand!), also referred to as tickets. Given that number, there probably isn't any argument as to his collection being the largest of its kind.

He chose about a thousand of these labels to feature in his book, Wenn am Buch der Händler klebt (Verlag Löcker, 1999). The image above is from Melzers Antiquarium (Luedenscheid, Germany) listing on abebooks.com.

Mr. Öhlberger contacted me several days ago to share some labels from a New York bookseller I had featured in an earlier post: Stechert-Hafner. Here are the labels, which demonstrate the various designs booksellers might employ through various stages of their existence: 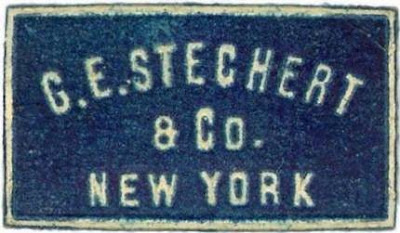 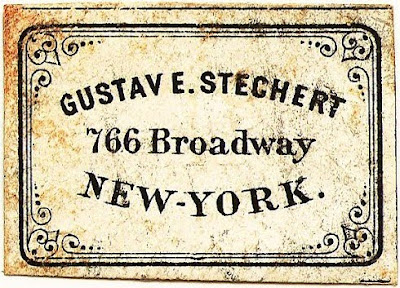 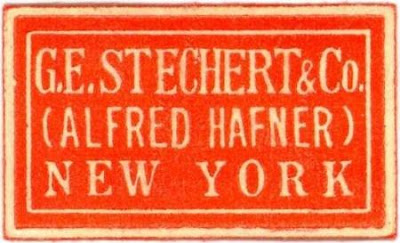 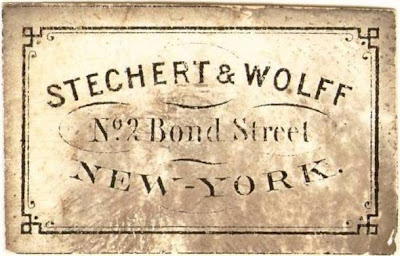 Mr. Öhlberger's generosity didn't end here. I was pleasantly surprised to find more labels from around the world in my inbox a day or two later. I'll keep them separated from these and present them in my next post.