Hard Awakening for the Episcopal Church in Iran 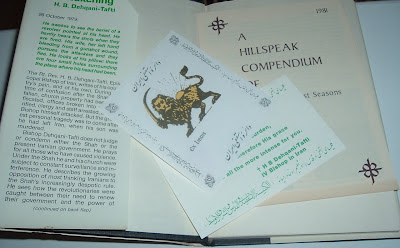 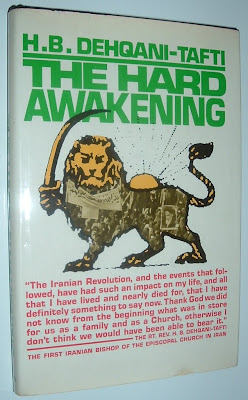 Publishers and book clubs sometimes include promotional items in a book about either the author, the book itself, or other books for sale. I collect these ephemera when I find them, particularly those of a certain vintage from the early twentieth century and before (those featured here today are much newer). It is unusual, however, to find the variety of ephemera I found in the book shown here.

Tucked away in a first printing of The Hard Awakening, by H.B. Dehqani-Tafti (Seabury Press, 1981), several items of related book ephemera surfaced and entered my collection. Somebody made my job of finding bibliophemera a lot easier by including multiple items for this book and making it convenient for discovery some thirty years later.

The ephemera consists of a bookplate, bookmark, and a catalog of these items as well as additional books for sale. Each item is featured separately in the images below.

The book was written by the the first Iranian Bishop of the Episcopal Church in Iran during the first year of the Iranian Revolution, following the Shah's ousting, as the revolutionaries were taking power. With all the ensuing chaos in his country, the author left and was living in exile in England when the book was published. His account provides an insider's view of changing times in Iran during the late 1970s. Some of what the Bishop endured during that time is recounted in a memorial to him on the blog Not Worthy of the Name.

Back to the ephemera... The bookplate features the old lion and sun symbol of Iran. It was replaced after the revolution. I have no clue what the writing on the bookplate represents. 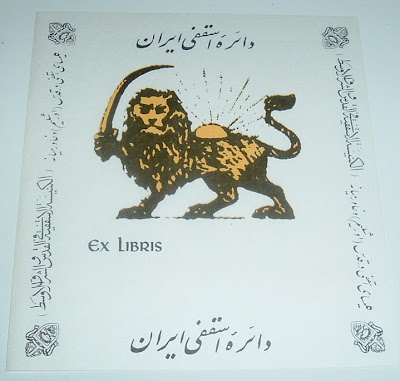 The book mark is double-sided and identified as a Hillspeak bookmark on one side with the accompanying quote from Bishop Dehqani-Tafti: "What is life worth if it is not lived for a purpose higher than one's own life? And what higher purpose than to do the will of God?" The reverse side offers another quote from Dahqani-Tafti: "You have taken the heavier burden, and therefore His grace will be all the more intense for you."

There is also the symbolic bloody hole on both sides of the bookmark. This may signify Christ's sacrifice on the cross, or perhaps it alludes to an attack on the Bishop and his wife in Iran. They were shot at while sleeping in their beds one night. The Bishop's wife was wounded in the arm, but the Bishop was not hit. He later found on his pillow four bullet holes on either side of where his head had been. It wasn't his day to die. Whether a nail or a bullet, the bloody hole makes for a dramatic design on the bookmark. 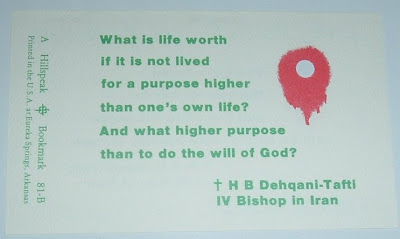 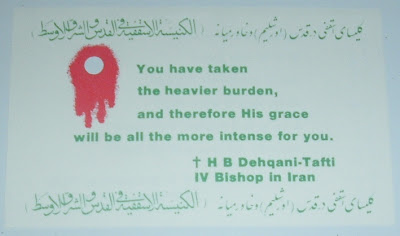 Finally, there is the catalog of books, bookplates, bookmarks and other items from Hillspeak, a society that promotes the activities and knowledge of the Episcopal Church through various publications and promotional items. The rear flap of the book's jacket has a sticker affixed to it that states "A Selection of the Episcopal Book Club." I suspect that Seabury published the book for the Episcopal Book Club (operated by Hillspeak) or at least reserved a number of copies for them and that's how their literature and ephemera found its way into the copy I have. 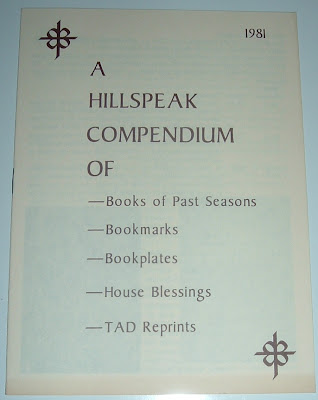 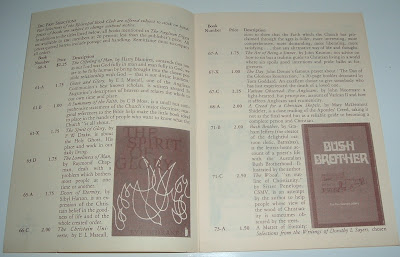 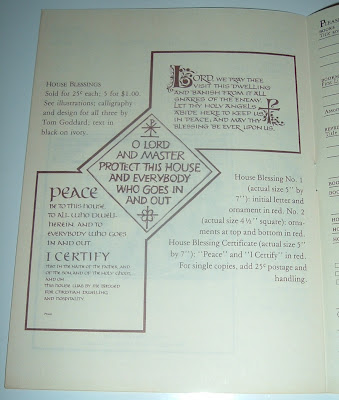