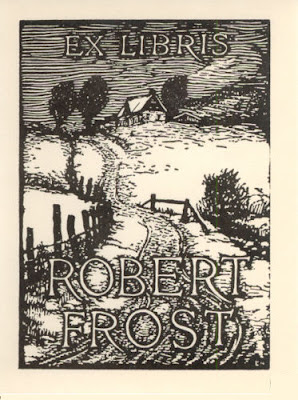 I recently acquired a copy of Frost's bookplate above while researching the bookplate's designer, J.J. Lankes, for a blog post about a Lankes letter, which will appear here soon.

Lankes and Frost became friends and collaborators in the 1920s when Lankes created the woodcut print illustrations for Frost's New Hampshire (Henry Holt, 1923). That collaboration would continue over the next few decades.

Goodspeed's Book Shop also featured some Lankes illustrations on the covers of their The Month at Goodspeed's publication for January 1943. Inside this catalog, offered for sale, are some of the woodcut prints that made it into Frost's New Hampshire, annotated with comments from Lankes. 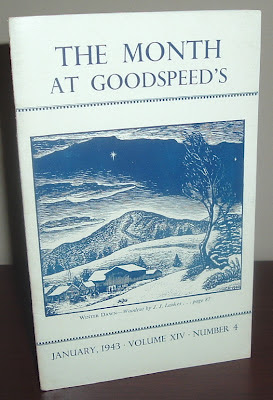 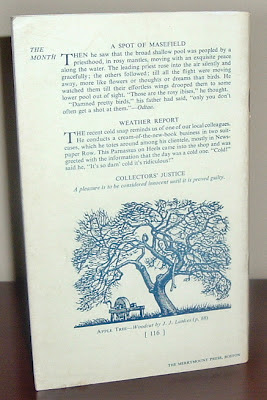 Below are some illustrations from my copy of New Hampshire, which I referenced in a post on the Archaeolibris blog several years ago after a visit to Robert Frost's home in Francona, New Hampshire. 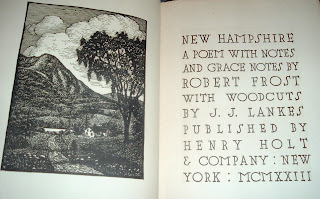 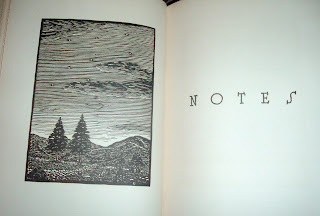 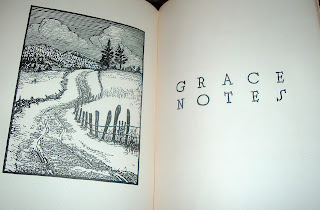 From Goodspeed's January 1943 catalog, Lankes says of the Grace Notes illustration, which he titled The Road:

"I had come back from a sketching trip in Eastern Ohio but a few days before MacVeigh asked if I'd care to do New Hampshire. So Ohio was heavy on my mind and I'd never been in N.H. The sketch was made on a very hot day in Ohio." 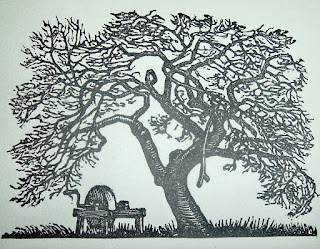 "A tail-piece for New Hampshire. The tree is in my father's orchard, as well as the grindstone. I know how merciless a grinder can be toward the boy turning the stone."

As for Frost's bookplate designed by Lankes, that image did not come out of Ohio. Lankes visited Frost at his Stone House home in Shaftsbury, Vermont in 1923 and there sketched the image that would become Frost's Ex Libris.