The MV Doulos: A boat load of books

May 16, 2012
Here's a postcard of an historic ship with a watertight connection to books... 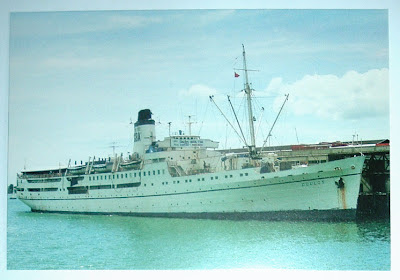 The Doulos, is no longer sailing, but she left in her wake quite a remarkable legacy as the world's largest floating book shop. 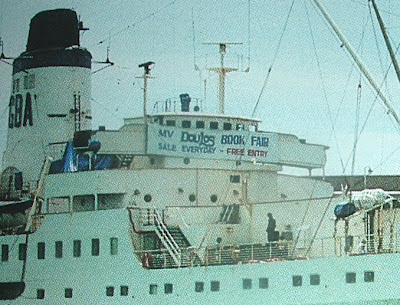 The MV Doulos was once boasted the world's largest book shop at sea, able to transport some 500,000 books around the world. Until 2010, it was also the world's oldest passenger ship, having been christened in 1914 with the name Medina.

Through a series of owners, new names were given to the ship, which over the decades has hauled freight, soldiers, and vacationers. Since 1977, she's hauled tons of books around the world visiting more than 600 ports, receiving more than 21 million visitors, and selling more than 15 million books.

Retired now in Singapore, the ship's name has been modified to Doulos Phos, while getting a makeover that will include a restaurant and hotel and transform the old ship into a static tourist attraction.